The goal of the BoardWomen Partners program, launched in June 2007 by Véronique Préaux-Cobti and Marie-Claude Peyrache, in partnership with AFEP, was to significantly increase the percentage of women serving on corporate boards of directors.

The BWP programme celebrated its 10th anniversary on the 29th of November, 2017.

In 2019, the Afep, under the direction of his chairman Mr. Burelle, has renewed the cross-mentoring program between company members to pursue its commitment to gender diversity in boardrooms.

We would like to pay tribute to Mr. Collomb woh died on May 23th, 2019. Mr. Collomb, as Chairman of Afep in the 2000’s, sponsored the launch of the BWP program and supported, during 10 years, the actions in favour of building better gender balance in the boardroom. We are extremely grateful for his unfailing and constructive support for BoardWomen Partners.

The BWP programme is based on the commitment of Chairmen and CEOs and/or the Chairmen of Boards of Directors of large companies in France (CAC40, SBF120 and equivalent), who are convinced that a better gender balance will help improve the administration and performance of their businesses.

This programmes objectives are:

« A better balance of men and women at all levels of corporate responsibility is an important objective. There are women in every company with the qualities to be excellent board members, but they are largely or completely unknown to the company’s president or nominating committee. Experience from this program shows that after mentoring by company presidents, these women quickly become ready to serve as board members. This program will not only help to increase diversity on boards of directors, but will also enable these women to broaden their experience and enhance their visibility, and in the process increase their likelihood of being appointed to executive committees »

The program is based on the principle of cross-mentoring, pairing corporate CEOs with senior women executives.

With one basic principle:

Mentors and their mentees meet regularly two-to-three times per year.

The ‘matching’ (or mentor/mentee partnership) is created and managed by the Diafora-BWP team in collaboration with the steering committee. All Chairmen reunited once a year and the mentees two or three times a year.

Within 10 years, BordWomen Partners has contributed to:

– 58 women nominated on 105 Boards of Directors 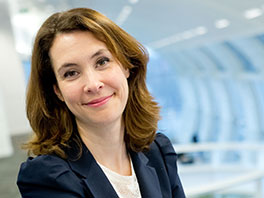 "The idea of joining a board had never crossed my mind until, to my great surprise, my Chairman suggested it to me! He was right, because it also enhances how I now view my role as executive. The BoardWomen Partners program helped me move from the idea to reality. The BWP program helped me gain confidence and understand what I could contribute to a board, but was also helpful for targeting those boards that might suit me better than others; moreover, it raised my profile for the purpose of joining that initial board. My conversations with mentees who had experienced the same doubts and who shared their enthusiasm were especially enlightening and inspiring. Over time, the program is likely to bring everyone to the realization that diversity on corporate boards is much more than just a legal obligation – it’s a key component in successful corporate governance.”

“As a senior executive at Lafarge for nearly 10 years, then as CEO of a British firm, formerly part of Lafarge, that was acquired with their leaders in 2005, despite a positive initial experience on the Supervisory Board at Mersen, I was the perfect example of a woman with little visibility in France and a limited network of contacts. Joining the BWP program opened the door to CAC 40 and SBF 120 companies and quickly made it possible for me to join the board at Areva. This is a relevant program; I salute the commitment of the two founders and the contribution of each of the CEOs involved, who donate their time to expanding women access to positions of responsibility.”

The BoardWomen Partners programme is a non-profit mentoring programme launched and managed by Marie-Claude Peyrache and Véronique Préaux-Cobti, both involved in the professional promotion of women for more than ten years, and is supported by l’AFEP.

BWP is a non-profit initiative managed within Diafora, a consulting firm that specializes in the issue of diversity in corporate leadership. It is overseen by a steering committee.

“I felt we had to act to give greater visibility to candidates within companies who show the potential to join corporate boards of directors. The BWP program demonstrates that it’s possible to identify top-caliber candidates and help them progress by benefiting from the experience of CEOs. It allows for a balanced approach over time, and it’s clearly given greater visibility to several participants. Plus, one of the program’s undeniable benefits is that it has made executives more aware of the need to prepare more effectively for the addition of women to corporate boards. The process will take time, and in my opinion it is more important to take fundamental steps rather than urgent action.”

COMPANIES PARTICIPATING OR HAVING PARTICIPATED TO THE BWP PROGRAM  :