The BoardWomen Partners Program, launched in June 2007 by Marie-Claude Peyrache and Véronique Préaux-Cobti with Afep’s support, celebrated its 10th anniversary on the 29th of November, 2017. 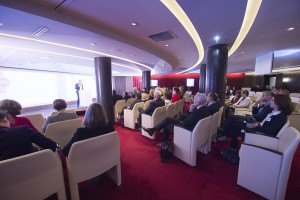 Between 2007 and 2017 women representation on Boards has increased from 8 to 40%. Supported by the enactment of the Copé-Zimmerman law, which implies a minimum of 40% of the under-represented gender on boards of directors, BoardWomen Partners has celebrated very positive results.

Within 10 years, BoardWomen Partners has contributed to:

– 58 women nominated on 105 boards of directors 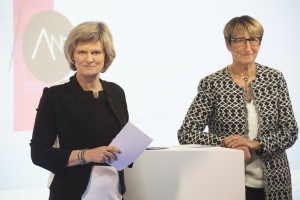 « We just have ended the ‘first step’: the feminization of boards. Nevertheless, this quantitative step must not hide a much more complex reality: the true position and role of women in circles of power and the make up of ExCom that are still over-represented by men.»

From now on, the subject of feminization is focused on Executive Committees and every level of management in companies. If BWP has enabled support for step 1 for the past 10 years, today the program can no longer be a substitute for these two issues. This transformation lies with the companies and relies on each leader, chairman and the company’s executives.

While celebrating the 10th anniversary of the program, Marie-Claude Peyrache and Véronique Préaux-Cobti passed on the baton and announced that BWP is entering into its final phase in 2018.

AFEP, companies, chairmen & mentees on director boards, have given their committment so that gender balance at all levels of companies becomes reality. 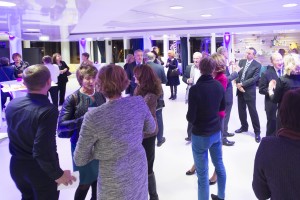 In 2019, the Afep, under the direction of his chairman Mr. Burelle, has renewed the cross-mentoring program between company members to pursue its commitment to gender diversity in boardrooms.

We would like to pay tribute to Mr. Collomb woh died on May 23th, 2019. Mr. Collomb, as Chairman of Afep in the 2000’s, sponsored the launch of the BWP program and supported, during 10 years, the actions in favour of building better gender balance in the boardroom. We are extremely grateful for his unfailing and constructive support for BoardWomen Partners.